Antimicrobial activity of essential oils and carvacrol, and synergy of carvacrol and erythromycin, against clinical, erythromycin-resistant Group A Streptococci. 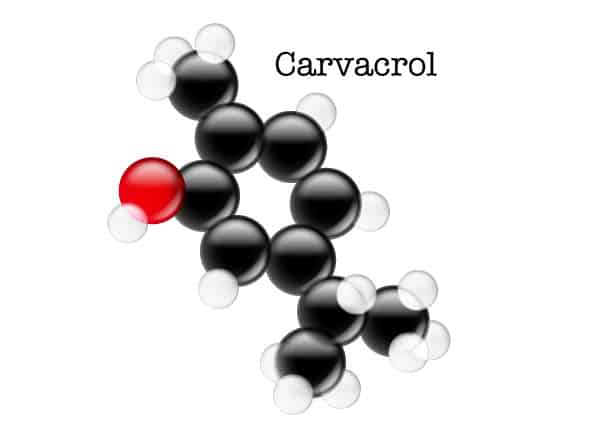 Antimicrobial activity of essential oils and carvacrol, and synergy of carvacrol and erythromycin, against clinical, erythromycin-resistant Group A Streptococci.

In the present study, we have evaluated the in vitro antibacterial activity of essential oils from Origanum vulgare, Thymus vulgaris, Lavandula angustifolia, Mentha piperita, and Melaleuca alternifolia against 32 erythromycin-resistant [Mininum Inhibitory Concentration (MIC) ≥1 μg/mL; inducible, constitutive, and eﬄux-mediated resistance phenotype; erm(TR), erm(B), and mef(A) genes] and cell-invasive Group A streptococci (GAS) isolated from children with pharyngotonsillitis in Italy. Over the past decades erythromycin resistance in GAS has emerged in several countries; strains combining erythromycin resistance and cell invasiveness may escape β-lactams because of intracellular location and macrolides because of resistance, resulting in difficulty of eradication and recurrent pharyngitis. Thyme and origanum essential oils demonstrated the highest antimicrobial activity with MICs ranging from 256 to 512 μg/mL. The phenolic monoterpene carvacrol [2-Methyl-5-(1-methylethyl) phenol] is a major component of the essential oils of Origanum and Thymus plants. MICs of carvacrol ranged from 64 to 256 μg/mL. In the live/dead assay several dead cells were detected as early as 1 h after incubation with carvacrol at the MIC. In single-step resistance selection studies no resistant mutants were obtained. A synergistic action of carvacrol and erythromycin was detected by the checkerboard assay and calculation of the Fractional Inhibitory Concentration (FIC) Index. A 2- to 2048-fold reduction of the erythromycin MIC was documented in checkerboard assays. Synergy (FIC Index ≤0.5) was found in 21/32 strains and was highly significant (p < 0.01) in strains where resistance is expressed only in presence of erythromycin. Synergy was confirmed in 17/23 strains using 24-h time-kill curves in presence of carvacrol and erythromycin. Our findings demonstrated that carvacrol acts either alone or in combination with erythromycin against erythromycin-resistant GAS and could potentially serve as a novel therapeutic tool.